Wondering what lotteries are available to residents of the ACT? Look no further than our comprehensive guide regarding lotto services in the Australian Capital Territory. We have provided an overview of all ACT lotteries, allowing residents of Canberra and surrounding suburbs to turn those dreams of absurd wealth into reality. 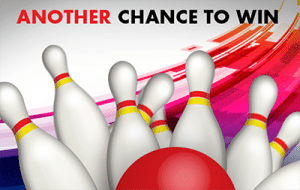 All lottery services in the ACT are operated by NSW Lotteries, a division of the Tattersalls Group which holds the monopoly on all state lottery services around Australia. This means that all ACT lotteries are shared between residents of both the ACT and New South Wales, while some ACT lotto draws also operate nationwide.

Tickets to ACT lotto draws can be purchased throughout the state at various lottery outlets, including convenience stores, newsagencies and some petrol stations, or you can enjoy the convenience of buying tickets online at OzLotteries and Lottoland.

We’ve provided an overview of all the lotteries available to ACT residents below.

The Monday, Wednesday and Saturday Lotto draws are the big ones for ACT players and have changed the lives of many people over the past 30 years they’ve been in action.

These three major ACT Lotto games require players to pick six lucky numbers from one to 45. To win the Division One prize, you will need to match all six numbers with the winning numbers drawn. Division Six prizes can be won from selecting one or two winning numbers and two supplementary numbers.

Tickets to the Monday, Wednesday and Saturday Lotto’s start at just $2.40.

Lotto Strike is an odd-on to any Monday, Wednesday or Saturday Lotto game only available to players in the ACT and NSW. The aim of the game is to correctly predict the first four numbers as they appear in the exact order of any Lotto draw. Lotto Strike bets can be added to any Lotto ticket for just $1.10 per draw.

Oz Lotto is the national lottery which many ACT residents participate in, with draws taking place every Tuesday night at approximately 8:40PM local ACT time. The Division One prize pool starts at a minimum of $2 million, with jackpots soaring as high as $50 million and beyond.

Oz Lotto tickets where you choose your own numbers cost just $1.30 per game, while you can have numbers selected on your behalf with a QuickPick entry which will cost you $5.25 for four games.

Set for Life gives players the chance to win $20,000 every month for 20 years, for a life without the burden of financial worries.

Set for Life tickets start from $8.40 for two sets over seven days, which is equivalent to 14 sets.

Lucky Lotteries is hugely popular with ACT players given the fact it offers as high as a one in 17 chance of winning. Only a certain number of tickets are sold for Lucky Lotteries, with draws taking place once all tickets have been allocated. There are two draws you can choose from:

Rather than choosing lucky numbers like you do in most other lotteries, Lucky Lotteries works more like a raffle draw, where you win if the number on your ticket is drawn.

The Pools lotto draw combines lottery with soccer, appeasing all the sports fans out there, although you do not need to know anything about the beautiful game of soccer to play.

In The Pools, players pick six winning numbers from one to 38, but instead of a draw taking place, winning numbers are based on the outcome of soccer matches played throughout Europe and Australia, determined by the six highest scoring draws. There are five prize divisions to be won, with the Division One prize requiring you to match all six winning numbers in one game.

Ticket prices start from just $2.20 for a minimum of four standard games.

Want to buy tickets to your favourite lotteries on your computer or mobile device? We recommend playing online lotto at OzLotteries and Lottoland.