Chinese numerology is a fascinating thing, with a deep history and some intriguing superstitions that continue to thrive in the modern world. It’s not just the Chinese who stay true to their beliefs about what constitutes a lucky number, many Westerners have also started to take heed of the ancient wisdom surrounding Chinese numerology, with many people around the world using Chinese lucky numbers when making their lotto picks.

Read on to find out how lucky numbers are determined in China and why you may want to consider choosing one of these prosperous digits the next time you’re choosing your lottery numbers.

What makes a certain number deemed lucky in Chinese culture?

Whether or not a number is deemed lucky or unlucky in China is based on whether the pronunciation of that number sounds similar to a good or bad Chinese word. Auspicious numbers are considered to be lucky because their names sound similar to words that are associated with fortune or positivity. 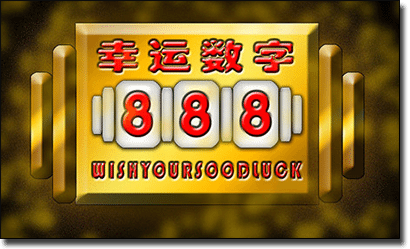 This superstition first came out of ancient Cantonese culture but is now followed by many other Chinese and Japanese dialects. There are other reasons a number may be considered lucky, like its link to an ancient Chinese proverb or relevance in a historical context. Even numbers are generally considered luckier than odd numbers, although many odd numbers are among the luckiest numbers of all.

Based on the beliefs mentioned above, the following is a list of the luckiest numbers in Chinese culture which are among the most popular choices for lottery players:

Want to know more about superstitions surrounding lucky lottery numbers? Click here to read our article about common superstitions people believe in when it comes to picking their lotto numbers.