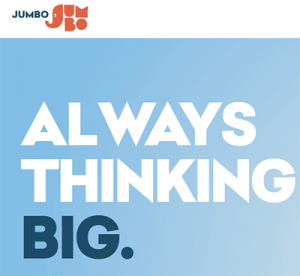 As Australian newsagents lobby against the lottery website, Lottoland is moving to increase its market presence.

Media outlets, including the Australian Financial Review (AFR), have revealed an anonymous buyer has purchased $2.25 million in shares in the online lottery re-seller, Jumbo Interactive.

Jumbo owns the popular and official online lottery retail outlet, Ozlotteries, which is licensed by Tatts. It allows for punters to buy lottery tickets online and participate in the official lotteries held around the country.

While Jumbo used to run a German lottery business with the same re-selling model as OzLotteries, it was shut down last year after failing to produce good results. If Lottoland is indeed the buyer, it may start back up since the online lottery giant has announced plans to move into the German market.

Lottoland declared an interest in Jumbo just a month from when it launched in Australia in January 2016, with a Northern Territory license.

It has caused a lot of controversy since its inception due to punters being able to bet on the outcome of a lottery rather than participate in the draw.

The shares were exchanged at a 28 per cent premium to the market price and the buyer will be known soon since this size of a sale requires the identity to be revealed. Still, the AFR has already bet that Lottoland is the buyer and has finally fulfilled its goal of moving in on Tatts territory.

While Lottoland has been incredibly successful since its inception it hasn’t been welcomed with open arms in the industry or by the government.

The Australian Lottery and Newsagents Association (ALNA) is lobbying against the company on behalf of hundreds of newsagents around the world. It wants the Federal government to clamp down on the service, and follow South Australia which bans residents from using the site.

The government has debated Lottoland’s legitimacy in terms of paying tax and how it benefits the community, but Lottoland has continued to surge in popularity. It even signed a deal with one of the NRL’s 16 teams and the home ground of the Manly Sea Eagles was renamed Lottoland as a result.

The Gibraltar-based company is also allegedly negotiating naming rights in Australia’s biggest race event of the year, the Melbourne Cup. The Victorian Racing Club (VRC) is reportedly talking with Lottoland about a five-year deal for the naming rights. The Emirates’ rights run out after this year’s event.

But this may not happen since the VRC has a wagering deal with Tabcorp’s TAB brand. Tabcorp is currently in the process of merging with Tatts meaning sharing the spotlight with Lottoland isn’t going to go down well.

The problem with the sale is Jumbo’s Tatts licenses have already expired in Victoria and New South Wales, while South Australia and the Northern Territory’s licenses will expire in September. They can also be cancelled provided Tatts gives 30-days notice.